HOW SHOPPING IS A QUICK WIN FOR ECOMMERCE

How We Got Started

W3 Affinity opened up the project with a move from Volusion to Shopify Plus.

This migration was very aggressive because the timer was to be live in under 90 days. The W3 team pulled it off in 45 and was able to launch Google Shopping campaigns nearly instantly upon launch due to the capabilities of Shopify and team’s expertise.

The goal for The Growers Exchange was to quickly deploy a new platform so that sales could ramp up before their Spring season.

Between migration and long term planning, nothing made sense to drive a strong and quick ROI for The Growers Exchange with our timelines. We were planning for the next season while looking for quick wins to keep revenue streaming into the business.

Advertising prior to the W3 team joining up with The Growers Exchange had a net loss every month and was costing the company money. During migration, W3 Affinity identified this and requested the bleed be stopped and then allow W3 to reset the entire account.

With only 90 days until the season at the start of a major migration, time was very against the project.

”They have a level of enthusiasm that has motivated us too. They’re a motivated staff but injecting john’s enthusiasm into this team has been a huge benefit.

”EVERY SO OFTEN A COMPANY COMES ALONG AND IT JUST MAKES SENSE. WE CAN’T WAIT TO CONTINUE PULLING OUT ALL THE STOPS FOR THE GROWERS EXCHANGE.

After a move from one platform to another (a major upgrade going from Volusion to Shopify Plus), findings that included the losses that The Growers Exchange had in advertising for over 12 months, and a short deadline before their season started, we knew we needed a quick win to keep the motivation going in a long term digital marketing plan.

With a customer list in the 100,000s, email entered the picture as an option, though we noted that there was already activity in this area from the business owner. Conversion rate optimization changes were already in play because of the new site, Site speed was getting handled through migration and the new platform, so what else could have a quick turn around for revenue? Shopping ads.

Setting up the Campaign

It is a straight forward process to get products on Shopping for Shopify customers.

Setting us is easy, deciding how to approach shopping took strategy. This client’s stock is limited and there are prime products that are going sell out without help and ones that need an extra push to make sure there isn’t’ waste at the end of the season.

No ad campaign is complete without a strategy. We considered a healthy mix of mid-range products (good margin but don’t move as fast as the top sellers) and unique products with low competition to quickly launch the shopping campaign.

With the costs of migration adding up and the loss of money from a poorly run advertising campaign for years, we knew we needed something to kick the relationship with The Growers Exchange off with a bang. Shopping ads were the ticket for us as we were able to quickly deploy and nearly as fast return the customer’s money back to them at a very positive ROI.

We’ve heard competitors telling their clients having 5x Return on Ad Spend (ROAS) is the sign of a successful campaign. We think of that as 20% of your profits being taken by advertising (which doesn’t include the payment to the marketing company thinking they’ve done a good job…) We aim for 10x ROAS for our baseline and above for long term success.

With The Growers Exchange, a history of 1-2x ROAS plagued the account so we were concerned between the low ROAS & high competition, we’d be met with a slow-growing account that would need time to gather data for success.

We were met with a market full of competition that must be hiring the same digital marketers that settle for poor performance because within the first week we were able to achieve 30x ROAS on general campaigns and upward of 145x ROAS on specialty campaigns.

What the Success Has Provided

Beyond the value in dollars that this campaign has provided from direct sales out of advertising. We’ve noted major increases from marketing automation channels, churning out funnels faster than all previous years.

But wait, we just said beyond the value of dollars… The Growers Exchange has, after over a decade, begun to trust the industry professionals as such, become increasingly motivated to grow their business further, and begin creating new ways of gaining business due to the rapid growth they’ve experienced just before the season kick-off.

Success isn’t weighed only in numbers, even though these are stellar, it’s a mental state that cannot be matched. The value of success has regenerated this business and is allowing them to push the limits of their market to grow once again.

Want W3 Affinity to Do This for You?

Our Team Will Respond to Your Request for a Discovery Call Within 48 Hours to Schedule a Consult Specifically for Your Business. 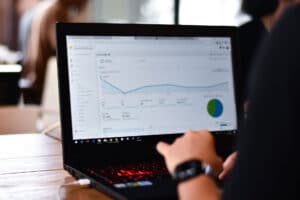 Unlock the full potential of your website. Our complete SEO audit service is the quickest, most effective approach to determine why your website isn’t ranking as high on the search results as it should be.